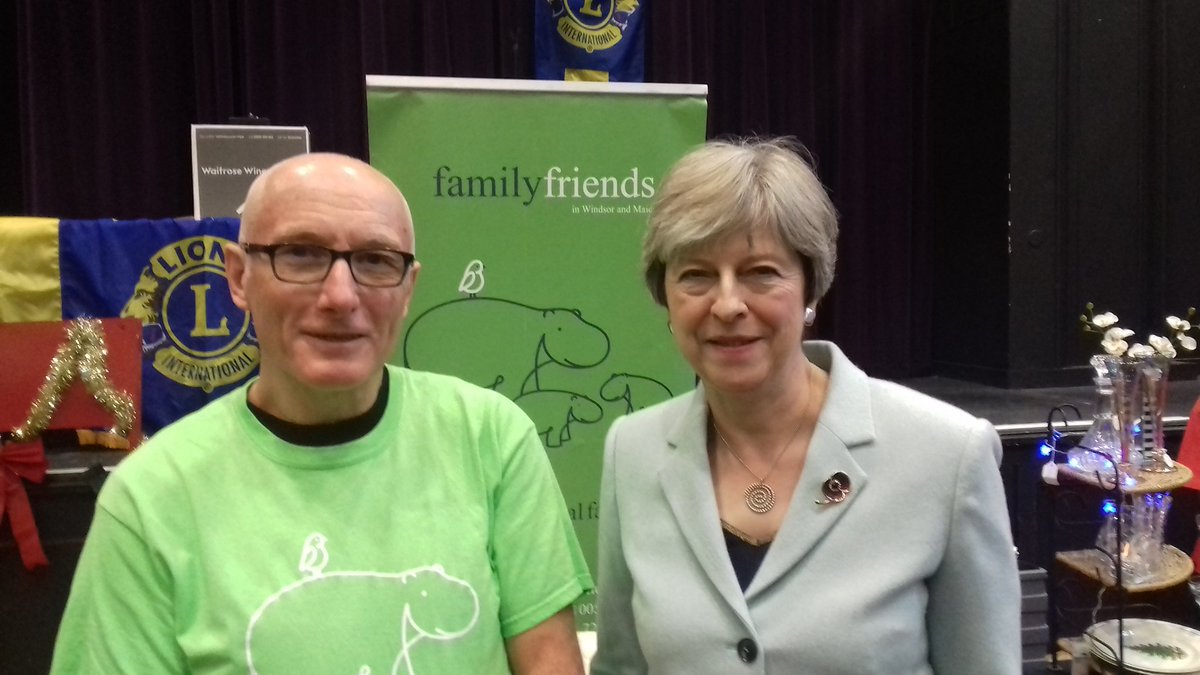 The Prime Minister was among dozens of people who spoke with the Family Friends team at a major community event in Maidenhead on Saturday.

Theresa May thanked our charity for the important service we provide in the borough when she visited the Combined Charities Fair at Maidenhead Town Hall.

Mrs May, who is also the local MP, chatted with volunteer Jim Alexander and fundraiser James Nadal, saying she knew the charity well.

We’re at the Maidenhead Lions Club fair today and guess who dropped by to say hi – none other than the Prime minister @theresa_may ! pic.twitter.com/t3u4VRntdG

Mrs May commended Family Friends on the work it does, particularly on mental health, an issue she has highlighted in Government.

She was happy to pose for a photograph with Jim on her way around seeing about 40 other charitable organisations. It was the 40th year that the event, run by Maidenhead Lions Club, has taken place.  The Mayor, Cllr John Lenton, and Mayoress, Margaret Lenton, also came to look at Family Friends’ stall and have a photo taken. 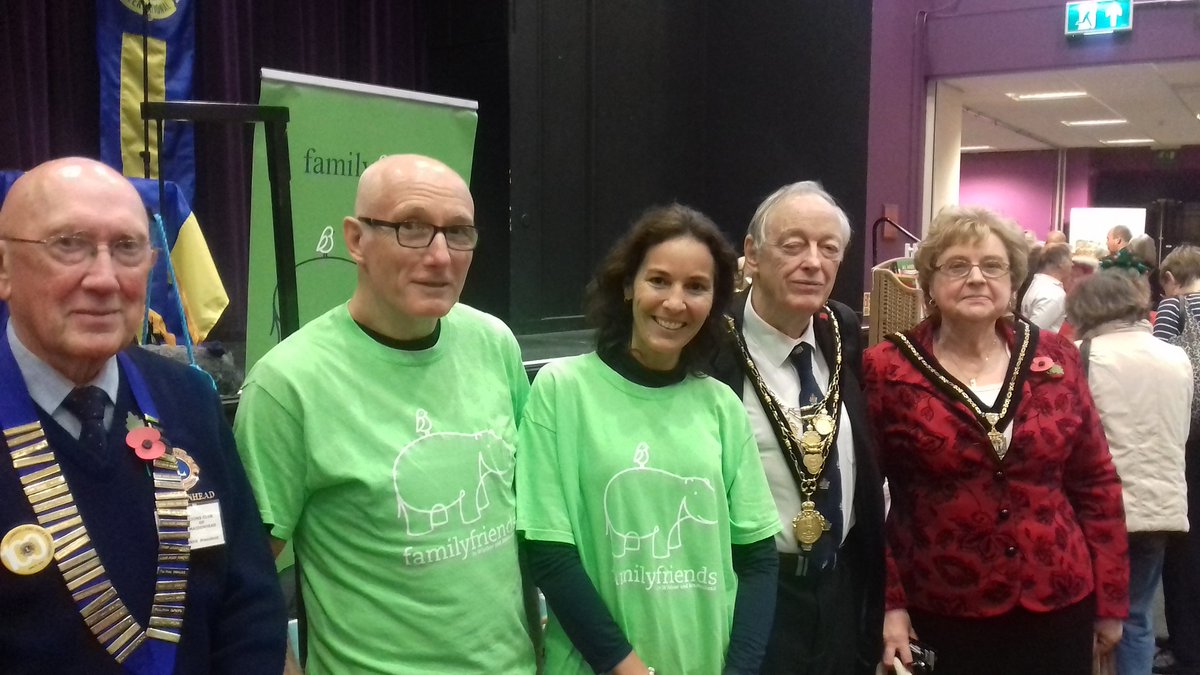 Many fair goers stopped to find out more about our work helping children and families going through tough times on the day. As well as Jim and James, volunteers Deborah Hughes and Louise Grindley also helped Family Friends to run the stall and inform visitors about our services.

Fundraiser James Nadal said: “We were very pleased to meet lots of mums and dads on the day who hadn’t been aware of our family support service in the borough and to spread the word about Family Friends. Our team enjoyed talking to people about our work and raising our profile.

“Plenty of people also played our hook the hippo and splat the rat games – children and adults! Both games proved popular as always and there was lots of laughing and smiling faces as a result.

“The fair was a great chance to highlight our work and we’d like to say a big thank you to Maureen McVitty and all of her Lions Club colleagues for arranging such a tremendous event.

“A big thanks as well goes to our volunteers on the day, Deborah, Jim and Louise. We couldn’t attend these events without our volunteers’ help.”

Thanks to @theresa_may for stopping by to chat about Family Friends, meet our volunteer Jim, and give a donation today! pic.twitter.com/VScpoamDyo